Make Up Trend in Japan “The Hungover Look”

LIL WAYNE TO RICH TO BE BLACK

After a highly successful tour rumors begin to emerge that Queen B and Jay Z may have a joint album coming soon.

According to E! News Karli Henriquez, Vice President of Pop Programming at Dash Radio, states that Jay-Z and Beyonce are joining forces to put together a “huge” new album. 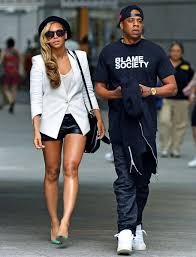 Dash’s radio personality DJ Skee announced on air that there is no official release date but the power couple album is set to release late 2014 or early 2015.  Be on the look out

Check Out Beyonce Made In America Performance!!!1

Jay Z’s Side Piece Is At It Again! Disses Beyonce & Nicki Minaj

Bey and Jay Is Coming To A CityNear You